IE10 and below are not supported.

Why are we doing this project?
Where will this take place?
What is a shared path?
What are decorative art treatments?

Why are we doing this project?

The City of Kalamunda has been awarded funding under the Western Australian Bicycle Network Grants (WABN) Program(External link) to design and deliver improved bicycle routes in High Wycombe. The project will install shared paths that will connect students, residents and workers in the vicinity of High Wycombe to the new train station.

This project is extremely important as it directly acknowledges and supports the Community feedback received through the City of Kalamunda's community engagement undertaken as part of the development of the Kalamunda Bicycle Plan 2017(External link) (adopted in June 2018).

Where will this take place?

The new shared paths will commence in Kiandra Way in High Wycombe, passing through John MacLarty Park, and Newburn Road. As highlighted in yellow, the shared path upgrade from Kiandra Way to Newburn Road has been completed. There is potential to install decorative art treatments along the future route (highlighted in peach) and the completed route (highlighted in yellow). There are also 11 road crossings that can potentially have decorative art treatments. 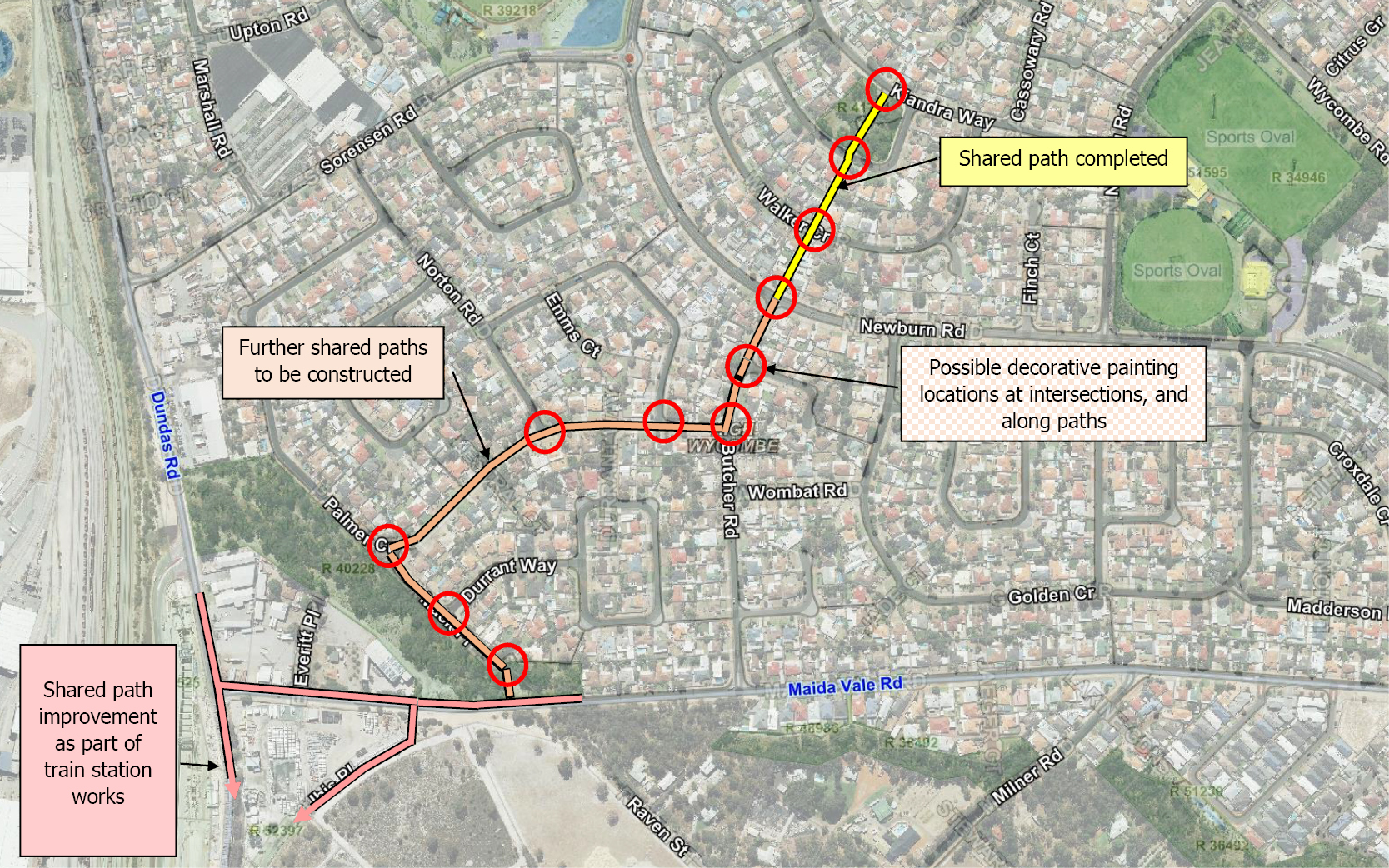 What is a shared path?

Shared paths are typically wider than regular footpaths and enable two-way traffic, meaning that both pedestrians and cyclists will be able to use the path. Shared paths provide benefits for commuters riding to work, recreational cyclists and pedestrians.

A shared path is defined in the WA Road Rules to be a pathway that is primarily used by both pedestrians and riders of bicycles. As a result of the changes to the Road Traffic Code on 27 April 2016, bicycles are no longer prohibited on footpaths.

However, the provision of coherent networks of pedestrian and bicycle paths is important to local governments, because they:

What are decorative art treatments?

Our photo gallery contains some examples of decorative art treatments on pavements.